Where Frontier Tech is Headed in 2022

In many ways, 2021 was the year of deep tech. We started the year with a biotech breakthrough — mRNA vaccines that were approved in record time to bring us on course towards a return to pre-pandemic life. We saw a boom in space exploration and a renewed urgency for defense innovation. Nuclear energy began its ascent from taboo technology to a climate-saving must. Even the Time Person of the Year was a deep tech founder. If 2021 was the year of deep tech entering the spotlight, 2022 will see increasing validation for this ecosystem that promises to transform science fiction into world-positive technology.

Here are eight predictions for what the next year may bring to frontier tech.

1. Biomanufacturing will (and must) scale up

Biomanufacturing is at the center of the synthetic biology industry and is key to generating carbon negative products, cultured meats, and clean fuel. Despite the promises of biomanufacturing, it is held back by a major bottleneck in scale-up. We don’t have the bioreactors needed to sustainably produce synbio products at scale, especially as synbio technology advances to the point where manufacturing, no longer R&D, is the limiting factor. We expect to see an increased spotlight on biomanufacturing infrastructure in 2022 — notably large scale (100,000L+) reactors and improved technology such as continuous fermentation. 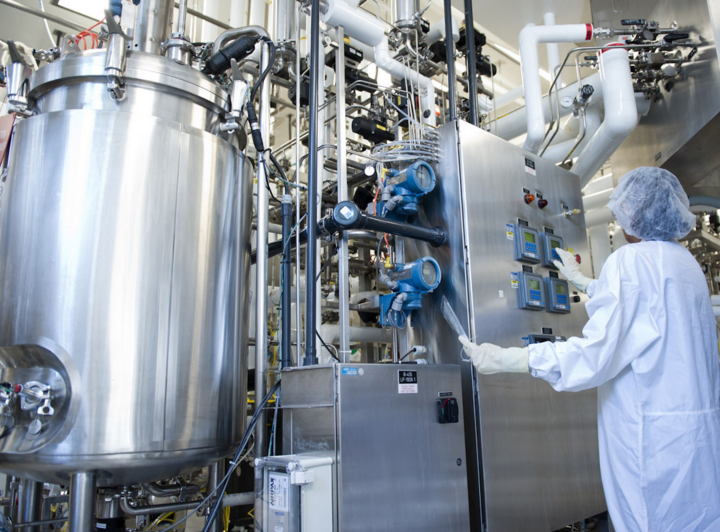 2. Chipmaking gets on-shored and customized

The demand for semiconductors has never been greater — the global chip shortage has disrupted most industries and constrained supply chains. Tech companies and legacy chip makers are planning to be better prepared for the future after lessons learned from the past two years. In all cases, these companies believe they can achieve technology differentiation through custom-made chips fitting their applications’ specific requirements rather than using the same generic chips as their competitors. 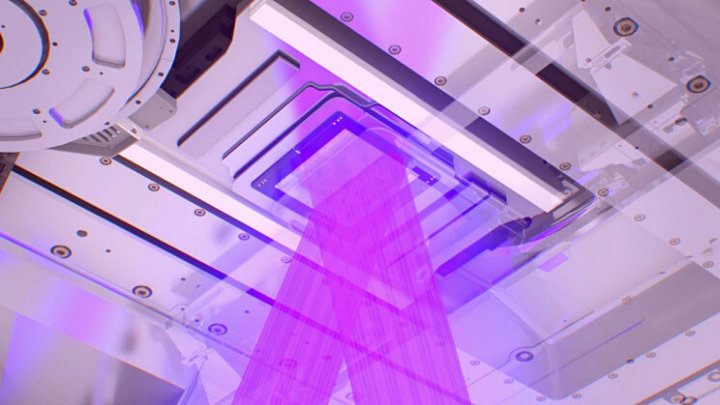 A computer rendition of an EUV lithography machine (source)

Intel’s new CEO, Patrick Gelsinger, plans to surpass Samsung and TSMC by 2025 by developing a series of massive new chip fabrication plants that will cost more than $44 billion to build. TSMC’s home base in the US will continue production to reach its 2024 deadline. ASML has developed a next-generation extreme ultraviolet lithography (EUV) machine that can produce microchips with unparalleled levels of precision. The new machine can minimize the wavelength of UV light used, reducing the size of many microchip features while boosting performance. The US has already successfully lobbied the Dutch government to decline export licenses for shipping the machines to China, stopping the country from making leading-edge chips. Even tech giants such as Apple, Tesla, Google, and Amazon are making their own ASIC chips to control software and hardware integration in their products.

AIDD holds a lot of promise for accelerating the 12-year long drug discovery process but has yet to be fully validated. There are currently no approved drugs that were discovered or designed with an AI-forward approach. That may soon change. The past year was promising for AIDD — several biotech companies using an AI-first approach for drug design went public (Recursion, Exscientia, ATAI, to name a few), numerous AI-derived assets advanced to phase 2 clinical studies, and the industry saw an unprecedented influx of capital. We expect to see pivotal clinical readouts for AI-derived candidates next year and hope to see the first assets hit the clinic. Companies getting close to this milestone include Verge Genomics, Exscientia, and Insilico Medicine. 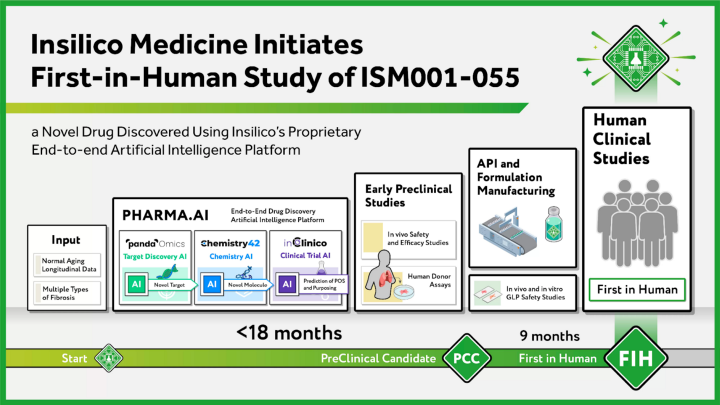 In 2021 we witnessed a tremendous explosion in climate investing, with startups raising a record $32 billion — five times more than in 2016. No doubt capital will continue to flood the CleanTech markets, but now attention turns towards action — namely keeping carbon emissions in check. So far, the focus has been on “greenifying” old processes such as transportation and energy generation. While this will continue to be essential, technological advancements are letting us add carbon removal to our arsenal of tools against climate change. The dire reality is that we cannot achieve our carbon emission goals without turning towards carbon removal. We expect to see a boom in carbon removal startups — spanning from direct air capture (DAC), materials manufacturing (sequestering carbon into chemicals, cement, and wood), battery recycling, biomass power generation (BECCS), wastewater purification, and more.

The pandemic showed us that we don’t need traditional institutions to advance research. Across all levels, we are starting to see science emerge outside of universities through newer funding models — focused research organizations, for-profit companies with private research teams, open science DAOs, fast grants and similar initiatives…the list goes on. There is a new sense of urgency for biotech innovation and people are realizing that government- and university-based funding are not the only ways to advance science, nor are they the most productive ways. We expect this trend to unlock more specific categories of biotech innovation, with particular emphasis on commercialization. Longevity has been a good example of how private individuals + world-leading scientists can come together to facilitate biotech innovation in a more creative, independent way. The decentralization of biotech is something we are keeping a close eye on.

Even though older models of nuclear power plants are due to go offline, new and more advanced models are being built. The world’s first small modular reactor (SMR) aims to be fully operational in 2022 — Huaneng Group Co.’s 200-megawatt SMR, which is 1/5th the size of China’s first homegrown reactor design, Hualong One. We expect to see a lot more of these new microreactordesigns in 2022 as they are safer and use more efficient fuel (i.e. produce less radioactive waste) — making them a reliable energy source for remote geographies where the unit economics of energy are challenging.

Microreactors are small enough to be transported via semi-truck (source)

Fusion is finally not “20 years away” — investors have started to take note of technological advances in this industry. According to the 2021 Global Fusion Industry Survey, 35 fusion-focused startups have raised nearly $3.8 billion including Commonwealth Fusion Systems’ latest raise of $1.8 billion, the largest private investment in fusion. We expect to see a lot more progress in this industry as we get closer to reaching a positive energy gain (i.e. energy out of the system is greater than energy in). It’s unlikely that we reach climate goals without turning towards atomic energy. 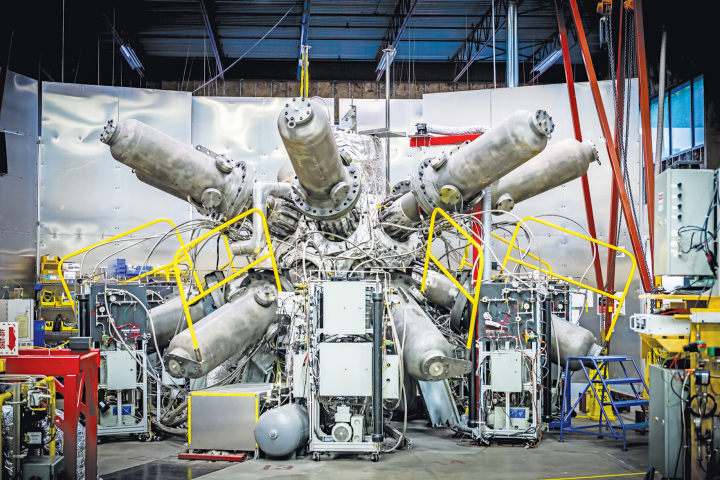 The modernization of space launches will exponentially increase the number of objects in orbit. In 2021, 134 successful space launches propagated 1701 objects into space, a ~290% increase from 2019 (586 objects). As more companies plan to build out their constellation of satellites, they will require a cost-efficient way to maneuver in orbit. It follows that we expect to see the emergence of in-space transportation and management systems for space debris in 2022. Just like how we have the choice to take an Uber directly to a specific address instead of having to rely on disjointed public transportation, soon satellites will have the option to do the same. Instead of being deployed by a launcher to a fixed point and using fuel to get to the final destination, they can use orbital transfer vehicles (OTVs) to get to where they want to, but way quicker. 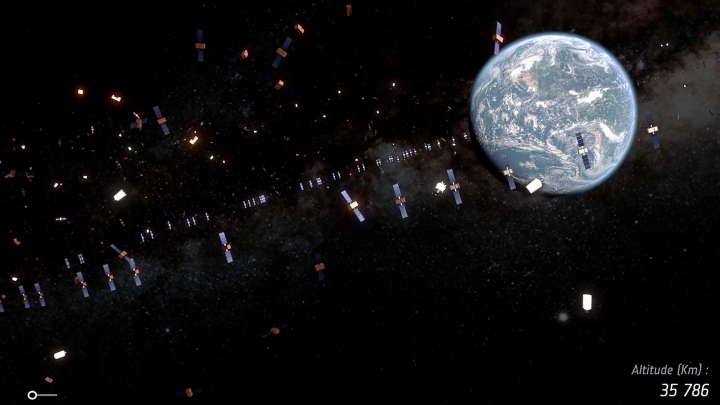 Debris and defunct launcher stages in the Geostationary ring (source)

Cultured meat has been under development for the last several years. We’ve figured out ways to make cell-based meats for chicken, beef, cheese, animal fats, and seafood but have yet to produce them at costs that can compete with the meatpacking industry despite the environmental benefits. With improved technology and supporting infrastructure, costs are slowly beginning to come down and scale-up is becoming more of a graspable problem. While widespread availability of cultured meats is likely at least 5–10 years out, we expect to see the first cultured meat products hit the shelves commercially and gain their first taste of market validation this year — a crucial test for the industry. 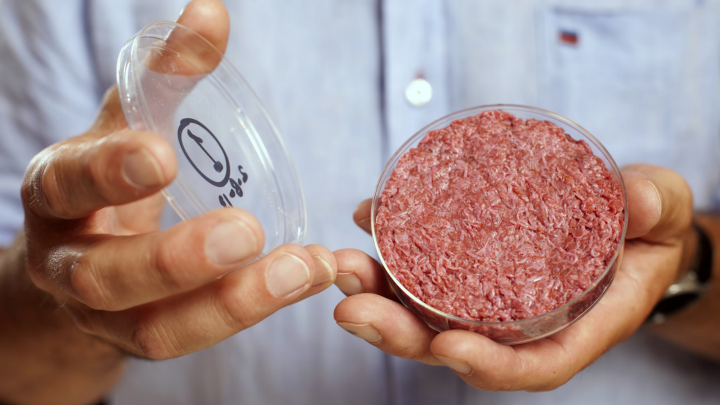 Deep tech seeks to solve humanity’s most pressing problems, and its impact — from both failures and successes — will be felt across the world. The convergence of new technologies with advanced hardware and a flood of capital make now the perfect time to be innovating within this ecosystem. Encouragingly, these predictions just barely scratch the surface of the possibilities deep tech offers. This is the decade of deep tech.